donated by Ted Stampfer, for the reopening of the Filmmuseum Frankfurt

On August 12, 2011, and after extensive renovation, the Filmmuseum Frankfurt was reopened. The new cinema equipment could also be realized thanks to sponsors and donors. For this purpose, new armchairs were commissioned for the cinema hall. Marked with brass plaques the chairs were dedicated to famous movie stars.

As one of them, Ted Stampfer donated the cinema armchair "Marilyn Monroe". He was allowed to use it as the first person, during the exclusive opening night with numerous celebrities during the first film screening, The film was presented before its launch by the internationally renowned actor and producer Til Schweiger. 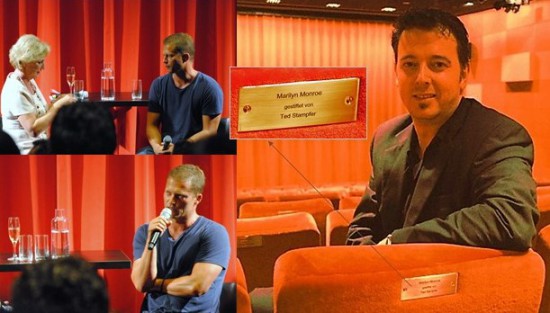